So the last of my Thanksgiving's was last weekend.

My first week in Korea happened to fall on the week of Chuseok (추석).  Korean Thanksgiving is similar to Canada in that it celebrates the end of the harvest.  Koreans usually flock to their hometowns and indulge in traditional Korean feasts.  However, it lasts for three days.  Being blessed with having met Chloe she made us dinner at Corinne's house... my first Korean family!


Then Canadian Thanksgiving rolled around in October and I ventured out to Busan.  Never did I realize that I would have a Busan family, but thanks to Jamie and all the girls over there I was able to celebrate my Thanksgiving away from home: chicken, mashed potatoes, nachos, mac and cheese, salad, pizza, pumpkin pie and dessert! 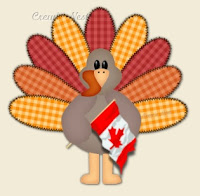 According to Wikipedia "The history of Thanksgiving in Canada goes back to an explorer, Martin Frobisher, who had been trying to find a northern passage to the Pacific Ocean.[7] Frobisher's Thanksgiving was not for harvest but homecoming. He had safely returned from a search for the Northwest Passage, avoiding the later fate of Henry Hudson and Sir John Franklin. In the year 1578, he held a formal ceremony in Newfoundland to give thanks for surviving the long journey. The feast was one of the first Thanksgiving celebrations by Europeans in North America. Frobisher was later knighted and had an inlet of the Atlantic Ocean in northern Canada named after him — Frobisher Bay." 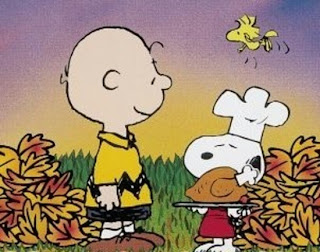 Again, according to Wikipedia "The event that Americans commonly call the "First Thanksgiving" was celebrated to give thanks to God for helping the Pilgrims of Plymouth Colony survive their first brutal winter in New England. The first Thanksgiving feast lasted three days, providing enough food for 53 pilgrims and 90 Native Americans. The feast consisted of fish and shellfish, wild fowl, venison, berries and fruit, vegetables (peas, pumpkin, beetroot and possibly, wild or cultivated onion), harvest grains (barley and wheat), and the Three Sisters: beans, dried Indian maize or corn, and squash. The New England colonists were accustomed to regularly celebrating "Thanksgivings"—days of prayer thanking God for blessings such as military victory or the end of a drought."

Now, of all the people that I've met in Daegu, the large majority have been American.  In fact, I think I've met more South Africans than Canadians here, so it only seemed natural that I would be celebrating American Thanksgiving.  The first of it came with a Burrito Friday night party.  I still don't really understand the Taco Bell fascination that Americans, but I could never refuse a real burrito party.  And of course every good meal must end with dessert, which came from homecooked caramel and candy cane fudge!
Then came Thanksgiving dinner... turkey, gravy, cranberry sauce, mac and cheese, fruit salad, mashed potatoes, pumpkin pie and apple pie  (my delicious contribution).  It was an awesome night filled with a champagne toast!
And then of course the real stuff happens.  I left my phone in the cab and ended up getting it back thanks to the help to the great Shaun, got it back a couple of hours and 10,000won.  Then after being in a overly packed bar with low ventilation, I end up getting my cough, which doesn't seem to be going away anytime soon.

But overall, having spent three months in Korea, I should say its all been worth it.
Posted by ShelleyDee at 8:33 PM