Quest for side dishes!

Costco is a glorious place.  In Canada, it was where the free samples constituted my Sunday lunch.  In Korea however, its where I'm reminded of home.  Bacon, cheese, chocolate, pesto sauce, Tim Tam's; these are some of the things I live for in Korea.  Now don't get me wrong, I love Korean food, but sometimes you just need something that reminds you of your life outside the ROK. 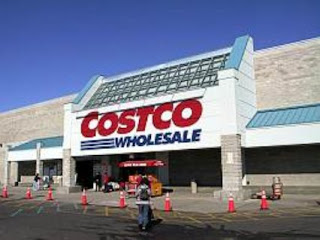 I've never eaten at the food court since I'd be full of free food, but I came across the most amazing thing while eating my bulgogi bake.  Much like the Costco's in North America, the one in Daegu comes equipped with an onion dispenser (for hot dogs that they do not sell).  I would see plates of onions drenched in mustard (sometimes ketchup as well) and I would watch in amazement as Koreans would eat it alongside their pizza as if it was a side dish like kimchi.

So of course, in my true fashion, I had to try it to figure out what all the fuss was about.  It turns out, when combined with ketchup, this mustard-onion concoction tastes just like relish. 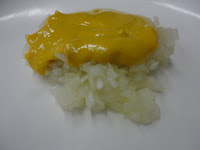 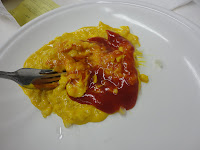 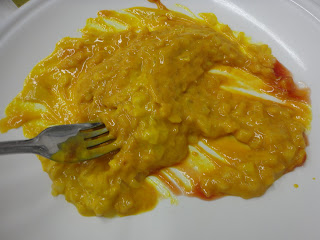 Now, when trying to figure out how such a thing came about, the only thing I could think of was that Koreans need to have a side dish, their quest for a side dish, if you will.  However, I was told later that side dishes are also eaten to combat the oiliness of food.  Lettuce and Sesame leaves are given, and the mustard-onion mixture is to help with the oily pizza.  Go figure!
Posted by ShelleyDee at 9:48 PM