If its anything you should know about me, is that I'm a TV watching fiend.  Yes, I love to fulfill my television/movie/entertainment needs, and the most logical explanation for it all is, I spent enough money studying it and making it my major- I need to keep up with the popular culture (even though sometimes I'm embarrassed for it).
So when I got to Korea, one of the more asked questions from my students was "Which Koreans have you heard of?"
Surprisingly, I know of more Koreans than I though I knew, so here's my Top 5 Favourite Koreans. 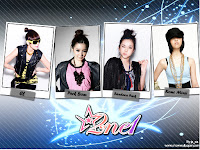 Yes, this Korean phenomenon is growing on me.  Considering I haven't been into the pop scene for the longest time (except for my love of Spice Girls and Britney Spears) I never thought I could like the sticky sweet sounds of the Korean pop scene.  However, hearing it ALL the time here, I find myself listening to it on my breaks at school, and humming tunes of songs everywhere I go.  To fulfill my musical needs, it has made my list.

So, finally, a Canadian that Koreans have heard of!  Except for Justin Bieber they seem to be impressed when I say I have heard of her. I am actually a fan of her work.  I don't watch Grey's Anatomy, but Sideways was brilliant along with 3 Needles.    Somehow I always need to be repping the Canadians eh?

No list would be complete without this man.  His movie was epic (and not with a k) amongst all minorities and what one would go through just for some Whitecastle while blitzed out of his mind.  I am the Kumar to this man's Harold!  And forever to this day will Diana Aramburu be my Harold and me her Kumar.

Oh, and GoBo at Thursday Party, looks EXACTLY like him... almost. As one of my all-time favourite shows finished forever, the Korean couple comprised of Yunjin Kim and Daniel Dae Kim aka Sun and Jin Kwon gave me mixed emotions.  I couldn't stand them at the beginning, and it went from annoyance to Jin being one of my favourite characters, and their reunion made me cry like a little girl at a Jonas Brothers concert!  Besides Rose and Bernard, these two have been my favourite couple.  And lets not forget how incredibly sexy Daniel is!

Now, I'm talking about the days BEFORE Hangover and Community.  I have been in love with this man ever since stumbling upon this music video.  I mean what kind of person would stride and gyrate around in a silver crushed velvet leotard singing in falsetto?  The kind of person that I would love.  Yes, Dr. Ken Jeong is not only a hilarious comedian, he is also a physicist.  Mix that and his ability to play crazy crazy roles and you have the most admirable man on television.  From jumping out of the trunk of a car naked, to playing the crazy King of a Live-Action RPG, and now the Asian Spanish crazed ex-teacher on Community, there is nothing this man cannot act his way out of.  Jeong and Jane Lynch are two of the only people that can make a secondary role legendary, and realizing that he is Korean just makes it better!
Posted by ShelleyDee at 2:57 PM